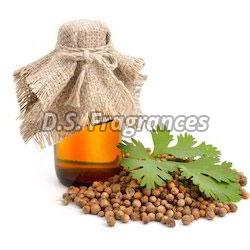 Coriander Helps Control Blood Sugar, Cholesterol and Blood Pressure
You know those green leaves packed with flavor (and nutrients) that you commonly consume in guacamole? That’s cilantro. Is coriander cilantro? Not exactly, but coriander is a seed spice that’s been cultivated since ancient times and comes from the same plant that gives us beneficial cilantro leaves. Don’t be alarmed if this doesn’t ring a bell. These seeds might not be as well-known unless you’re a lover of curries and masalas, which include coriander as an integral ingredient. When the leaves are used in their fresh form, we commonly refer to this herb as cilantro. The dried seeds are what we know as coriander, and they’ve been used as a culinary spice and food-poisoning preventative agent for ages. As a spice, it’s either sold whole or ground with a flavor similar to a blend of lemon, sage and caraway. Sounds interesting, right?

What are the benefits of eating coriander?
These seeds not only offer a unique and intriguing flavor profile, but their consumption has also been shown to improve blood flow and heart health, as well as calm serious digestive problems like irritable bowel syndrome. That’s because coriander contains a multitude of bioactive compounds that lead to a wide array of pharmacological activities. These include its ability to act as an antimicrobial, anti-epileptic, antidepressant, antimutagenic, anti-inflammatory and anxiety inhibitor. Coriander benefits may also include its ability to help lower cholesterol, blood pressure and blood sugar naturally. Read on to see just how amazing this worldly healing spice truly is.

What Is Coriander?
It’s easy to get confused by exactly what this spice really is. Many people are confused by cilantro vs. coriander. That is probably because both come from the same plant. Here’s one simple coriander meaning: the seeds of the coriander plant. Cilantro is the leaf of coriander or cilantro plant. Are coriander leaves and cilantro the same thing? Yes, cilantro is sometimes called “coriander leaves” or “Chinese parsley.” It’s also helpful to know that Vietnamese coriander tastes similar to cilantro but is a completely different plant.

What does coriander taste like?
While leafy cilantro adds a bright, somewhat citrusy flavor to dishes, coriander seeds are warm, sweet and nutty. Some countries actually refer to cilantro as coriander, so any mentions of “fresh coriander” or “coriander leaves” are what we in the U.S. typically refer to as cilantro. For example, a coriander chutney recipe may call for “a bunch of coriander,” which to Americans is a bunch of cilantro.

Coriander grows wild over a wide area of Western Asia and Southern Europe, and archaeological findings point toward cultivation by ancient Egyptians. It also appears to have been cultivated in Greece since at least the second millennium B.C. In 1670, it was first brought to the British colonies of North America and was one of the first spices cultivated by early settlers.

Coriander has been used as a digestive aid for thousands of years, with evidence of its use dating as far back as 5000 B.C. It’s mentioned in Sanskrit texts, ancient Egyptian papyri, the Old Testament and the writings of the Greek physician Hippocrates. The Roman armies brought it to Europe, where it was used to preserve meats, and the Chinese believed it counteracted food poisoning.

Top 8 Health Benefits of Coriander
1. Lower Blood Sugar
Coriander seeds and essential oil have blood sugar-lowering effects on the human body. The effect is actually so therapeutic that people who suffer from low blood sugar or take blood sugar-lowering medicine are warned to be careful with using coriander products. If you’re looking to naturally improve diabetes and lower you blood sugar, you may want to consider having more coriander in your daily diet. Multiple animal studies back up this notion and show that it can help stimulate the secretion of insulin and lower blood sugar. One study showed that this spice improved carbohydrate metabolism and increased hypoglycemic action in rats.

2. Ease Digestive Discomfort
Why does coriander makes such a great digestive aid? Researchers have found that it works like an antispasmodic drug, relaxing contracted digestive muscles that cause the discomfort of IBS and other problematic gut disorders. A study published in Digestive Diseases and Sciences studied 32 people with IBS, a chronic digestive complaint affecting 20 percent of Americans today. The study evaluated the effects of taking a preparation containing coriander versus taking a placebo. After eight weeks, those taking the coriander preparation had significantly lowered severity and frequency of abdominal pain and discomfort. They also had less severity and frequency of bloated stomach compared to the placebo group.

4. Fight Food Poisoning
Several studies suggest that coriander is among several herbs and spices that have strong antimicrobial effects against foodborne pathogens. When you use it in your cooking, you actually add an additional layer of protection against the risk of food poisoning. Coriander actually contains an antibacterial compound that may specifically fight against Salmonella choleraesuis. Salmonella poisoning is responsible for 1 million foodborne illnesses in the U.S. every year. A study in the Journal of Agricultural and Food Chemistry specifically showed its antibacterial activity against Salmonella. Coriander contains high levels of dodecenal, a natural compound that’s actually twice as powerful of an antibiotic than the leading treatment for salmonella-based illness. By adding this spice into your diet, you can help to guard yourself against uncomfortable or even fatal food poisoning.

6. Help Urinary Tract Infections
Coriander seeds can be helpful in relieving symptoms of a urinary tract infection by fighting off the bacteria that cause a UTI in the first place. Simply soak 1.5 teaspoons of dried seeds overnight in two cups of water. Strain and drink as a coriander tea, or just add it to your morning smoothie. It may help to relieve the discomfort and pain associated with the UTI and help speed overall healing.

7. Support Healthy Menstrual Function
Coriander seeds may help support healthy menstrual function by helping regulate proper endocrine gland function and the hormones that regulate menstrual cycles. In addition, coriander can help reduce the bloating, cramps and pain during your cycle. Its use to regulate menstruation is a common practice in Ayurvedic medicine.

Coriander’s volatile oil is also rich in beneficial phytonutrients like carvone, geraniol, limonene, borneol, camphor, elemol and linalool. It also has flavonoids, including quercetin, kaempferol, rhamnetin and apigenin, as well as active phenolic acid compounds, including caffeic and chlorogenic acid.

Possible Health Benefits of Both

How to Use Coriander + Recipes
All parts of the coriander plant are edible, but the fresh leaves (cilantro) and the dried seeds are the parts most traditionally used in cooking. It’s common in South Asian, Indian, Middle Eastern, Caucasian, Central Asian, Mediterranean, Tex-Mex, Latin American, Brazilian, Portuguese, Chinese and African cooking. It’s easily and readily available at your local grocery store year-round as well.

When purchasing this spice for culinary purposes, look for the dried seeds in whole or ground form. You will most likely find the European or possibly Indian type. European coriander has a smooth and savory flavor with creamy citrus top notes. The European seeds are typically more flavorful due to a higher concentration of volatile oils. The Indian version is oval instead of round and has more citrusy top notes than the European variety. Both are pretty interchangeable in cooking. It can easily be bought in powdered form, but I strongly recommend buying whole seeds and grinding them yourself. The result is a fresher and more intense flavor. You can also toast whole seeds to enhance their flavor. What is a substitute for coriander? If a recipe calls for this interesting spice and you don’t have any on hand, many people use cumin as a ground coriander substitute. Are coriander and cumin the same? No, but their flavor profiles are somewhat similar. Are coriander and cardamom the same? Again, these are two completely different spices, but depending on the recipe, cardamom is another option if you’re looking for a possible substitute for coriander.

In general, this spice goes really well with fish, lamb and turkey. It’s also delicious when included among stuffings, lentils and tomatoes. You can mix the seeds with peppercorns in your pepper mill for a more interesting spice than pepper alone. Of course, you can also keep it in its own pepper mill so there are always freshly ground seeds easily on hand. Coarsely ground coriander is great as a rub on meats and fish before cooking. Whole seeds or coriander powder can also be used in marinades, pickled dishes, salad dressings and casseroles. It’s also really tasty in homemade granola.

Wondering how to grow cilantro? A cilantro plant requires full sun or light shade in southern zones. The plant grows best in moist, well-drained soil. Space your plants about six to eight inches apart. From the time of sowing seed, cilantro leaves can begin to be harvested in about three to four weeks. The coriander seeds can be harvested in about 45 days.

For stronger medicinal purposes, it can also be purchased as a supplement, tincture, tea or essential oil.

Coriander Recipes
Let’s talk about some coriander uses you can start testing out in your kitchen today. This spice makes any and every dish it’s added to more interesting. For example, this Curried Carrot Soup Recipe wouldn’t be the same without its inclusion. You probably already know how tasty and nutritious protein-packed hummus dip is, but have you ever tried a recipe that includes this spice? This Avocado Hummus with Coriander and Lemon is worth a try. Looking for a new and healthy homemade dressing recipe? You won’t regret trying my Orange Tahini Dressing Recipe — it includes both coriander and cilantro.

Side Effects and Precautions
In small food amounts, coriander is not likely to cause you any unwanted side effects and is known for reducing flatulence. When used medicinally, it can cause increased sensitivity to the sun. If you’re allergic to aniseed, caraway, dill weed, fennel, mugwort or similar plants then you may be allergic to coriander. Due to its ability to naturally lower blood sugar levels, monitor your blood sugar levels closely if you have diabetes and take this spice. It can also decrease blood pressure levels so be careful with your intake if you tend to have low blood pressure or take medication to lower it. Speak with your health care provider before using it medicinally, especially if you are currently pregnant, breastfeeding, have an ongoing medical condition and/or are currently taking medication.

Final Thoughts
Coriander is a spice that really deserves more attention in the kitchen. The makers and lovers of curries and masalas haven’t been missing out on this flavorful spice because it’s a key ingredient in those complex and tasty dishes. But it’s time that the exotic flavor made its way into your daily life, whether it’s in your morning granola, afternoon hummus or evening salad dressing. It won’t let your taste buds down while it boosts your health in so many incredible ways, from lowering blood sugar, cholesterol and blood pressure to protecting you against food poisoning and digestive problems. Make sure to include coriander in your spice lineup, and start sprinkling it here and there on a regular basis.