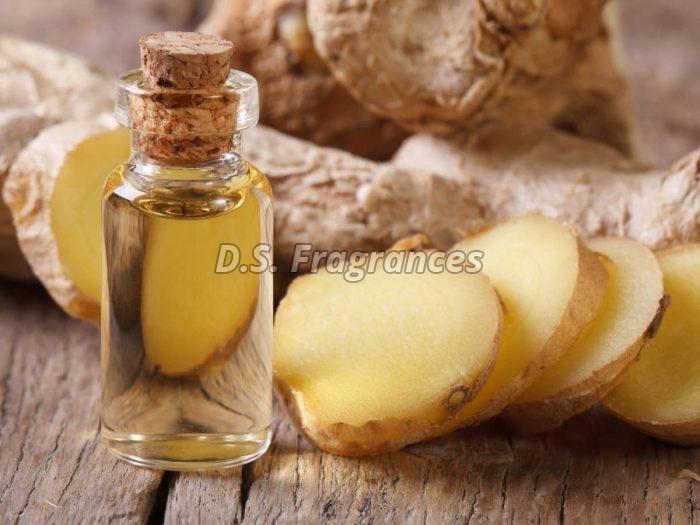 Gut-Friendly Ginger D.S. Essential Oil — Reduces Inflammation & Nausea
Ginger is a flowering plant in the family Zingiberaceae; its root is widely used as a spice, and it has been used in folk medicine for thousands of years. Due to its digestive properties, ginger is an integral part of Asian cuisines. Most commonly, it’s added to meals, including meat, because of its ability to aid digestion. Ginger root and ginger essential oil are gaining popularity for their preservation and flavoring capabilities.

Today, ginger essential oil is used to treat nausea, upset stomach, menstrual disorders, inflammation and respiratory conditions. When used as aromatherapy, it’s also known to bring on feelings of courageousness and self-assurance, which is why it’s known as “the oil of empowerment.”

Ginger Essential Oil Nutrition Facts
Ginger is a herbaceous perennial that grows annual stems about three feet tall. The stems bear narrow, green leaves and yellow flowers. Ginger is indigenous to south China and spread eventually to the Spice Islands, other parts of Asia, and then to West Africa and the Caribbean. As a result of the profitable spice trade, ginger was exported to Europe and India in the first century A.D.; with over 33 percent of the global production, India remains the largest producer of the plant today.

Ginger is part of the plant family that includes turmeric and cardamom, both exceptionally beneficial to your health and wellness. It has a sweet, spicy, woody and warm scent. Ginger essential oil is a warming essential oil that works as an antiseptic, laxative, tonic and stimulant.

Of the 115 different chemical components found in ginger root, the therapeutic benefits come from gingerols, the oily resin from the root that acts as a highly potent antioxidant and anti-inflammatory agent. Ginger essential oil is also made up of about 90 percent sesquiterpenes, which are defensive agents that have antibacterial and anti-inflammatory properties.

The bioactive ingredients in ginger essential oil, especially gingerol, have been thoroughly evaluated clinically, and the research suggests that ginger should be used on a regular basis — it has the ability to cure an array of conditions and diseases and unlocks countless essential oil uses and benefits.

From 1585 on, Jamaican ginger was the first oriental spice to be grown in the New World and imported back to Europe. Today, India is the largest producer of ginger, followed by China, Nepal, Nigeria, Thailand and Indonesia.